Rating Match is the most commonly played of the Match Menu modes, and is where players play with hopes of earning Rating Points to advance their Rating. Rating Match consists of four queues which rotate between ground, space, various costs, and Game Types, every two hours. Players are queued up with one another based on their rating for the specific environment of the queue.

It is possible to group queue here, if the following conditions are met: Players in your party are close in rating to one another. There is another Party of a size equal to yours, +/- 1 Member, of a similar rating, in the same queue as your party, seeking a match.

Quick Match, like Rating Match, sorts players by their rating, and Quick Match consists of Two rotating Queues that change every two hours. However unlike Rating Match, players do not earn, or lose Rating Points, and are able to play with that peace of mind.

It is possible to group queue here, if the following conditions are met: Players in your party are close in rating to one another. There is another Party of a size equal to yours, +/- 1 Member, of a similar rating, in the same queue as your party, seeking a match.

Custom match is where players can create private or public rooms, with a variety of different settings, tailored to the Host's preferences. A Host creating a room can choose;

It is also possible for players in a Custom Match lobby to invite players to help fill a room and play with them, however the host determines which team an individual player is placed on.

A mode for practicing, or trying out new equipment. This is strictly for the player selecting it, however, they player can edit time limits, turn on AI behavior for idle MS, and set the cost for Idle MS, as well as change many of these settings during the test. It also has access to all available maps.

Ranked Match is a specialized event match with mostly fixed rules, which will only appear for a very limited period, and only during certain windows of play. Generally this mode is seen as a "Rating Match +" where the most skilled players play extremely aggressively, with hopes of advancing in their personal 20-player bracket. At the end of a Rating Season, players are rewarded early/limited equipment based on their placement in their particular bracket. At this time, only a single Rating Match season has happened, and was generally not well received. There are currently no known plans for the future of this mode.

Gundam Battle Operation 2 has 4 Game Types, of which 2 are always present in Rating, Quick, and Custom modes. 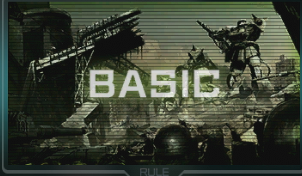 Basic Mode is the standard match type of Gundam Battle Operation 2, and involves two teams attacking one another, competing for points, and capturing checkpoints to aid in spawning. This mode allows players to bomb or destroy the other team's Carrier, as well as call in fire support from captured, friendly checkpoints, should the checkpoint be ready to provide fire support. The objective is to have a higher score through various actions, than the enemy team. 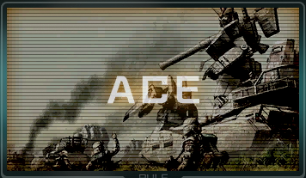 Ace mode is a mode similar to Basic Mode, but with a number of drastic changes. First being the removal of being able to call support fire or destroy the enemy team's Carrier. Non-MS Vehicles are also removed. Played normally otherwise for the first five minutes of the match, at the three minute mark, each team's player with the highest score, is declared "Ace" and upon respawns, gains a small bonus of HP to their MS. The objective of Ace Mode is the same as Basic Mode, however, Aces score triple points when killing enemies, and are worth triple points when killed by enemies. These bonuses extend to assists, but do not overlap, should an Ace kill the enemy Ace. 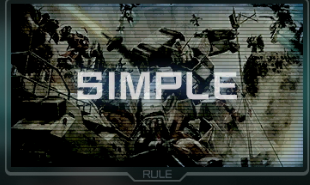 Simple Battle is a limited type of match available during weekend queues in Quick Match, Availible for Custom Match rooms as well. Similar to Basic Mode, however, the ability to Capture Checkpoints, Steal enemy MS, Destroy Carriers, or call in Fire Support, are disabled. This game type features faster respawn rates, and allows a player to deploy from ANY checkpoint, treating this loosely as a "Team Death Match" like mode. 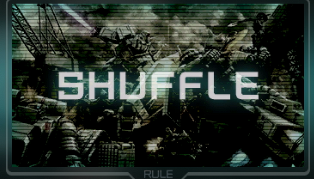 Target Shuffle is a limited type of match available during weekend queues in Quick Match, Availible for Custom Match rooms as well. Similar to Ace Match, however, after a short amount of time one player is randomly chosen as "Target" and receives the scoring behavior of an Ace, being worth triple points for being killed, or scoring a kill. The "Target" then changes to a player on the opposing team after around one minute, until it has cycled through every player on both teams. 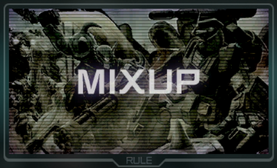 Mix-Up is a limited type of match available during weekend queues in Quick Match, Availible for Custom Match rooms as well. A uniuqe mode where each team has a Battle Gauge of a certain amount of points. MS get uniuqe cost, ranging from 100-1100 cost (as higher cost MS get added, the max cost will be reflected as such). Name of the game: Try to get the enemy "Battle Gauge" to zero before your team does. Once any team gets to a danger zone of being defeated, the "Finish" marker will be shown on any MS that will deplete the enemy gauge fully.

Queuing in a group, and how it works.

When playing Gundam Battle Operation 2, it is possible to attempt to party up and play with friends as a team. However, there are a number of rules in place, designed to (hopefully,) keep the game somewhat balanced, and challenging. To queue as a group, highlight a desired queue, and press Square, to enter party formation. To successfully find a match as a group, the following conditions must be met;

Once these conditions are met, it will place your party in a room with the opposing party, and fill in any missing gaps with solo-queue players. Should a member of either party leave the queue, or room, all players of both parties will be ejected. This includes if a player fails to ready before the match timer expires. With the above information in mind however, the recommended target party size is about three players, as you may pair against another team of two, three, or four players, and two is (generally) the most common number of players in a party.

Creating a custom match does not follow these rules, and the host may assign teams as they please.

Retrieved from "https://gbo2.fandom.com/wiki/Game_Modes?oldid=6880"
Community content is available under CC-BY-SA unless otherwise noted.